Gloucestershire’s Local Enterprise Partnership, GFirst LEP have announced a funding award of £400,000 to Marketing Gloucester to open a new national centre for digital retail innovation in the city. 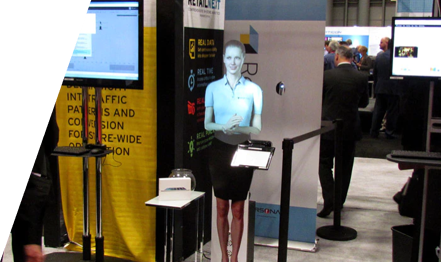 The UK Digital Retail innovation Centre (UK:DRIC) will be the national centre for testing and developing disruptive digital innovations that will help shape and inform the future of cities with a special focus on retail.

The centre will be:

Diane Savory, Chair of GFirst LEP, commented “This is an exciting opportunity for Gloucestershire as it further demonstrates that our urban areas are proving to be leaders in the developing of innovation in digital retail solutions.  We are delighted to be able to award this funding to Marketing Gloucester and confident that it will lead to further inward investment from the private and public sectors.”

The UK:DRIC promises to be a showcase and testbed for the latest retail technologies and could show off some future innovations such as holographic “virtual employees”, artificial intelligence, 3D scanning and printing of products, drone deliveries, robotic security guards, 360 virtual mirrors and near field communication.

Jason Smith, Chief Executive of Marketing Gloucester (whose team will be driving the project), said “This is a huge opportunity for Gloucester to progress in our ambition to be a showcase and testbed for digital technologies, developing the city of 2050 by 2025.  There are huge challenges facing the UK retail sector and the UK Digital Retail Innovation Centre has the potential to be a gamechanger which could have a national impact, we greatly appreciate the investment from GFirst LEP.”

Paul James, Leader of Gloucester City Council, explained why this new centre was so important for the city saying: “Gloucester is ideally positioned to be a pathfinder for the

development of new technologies, the past few years companies we have shown how innovative we as a city can be.  We were the first city to implement the three in one CCTV, Wifi and 4G solution, winning the prestigious Gordon McLanaghan Security Innovation Award; and have built up a wide range of partners such as Google’s Niantic Labs, #WDYT, Rewarding Visits and BT who have tested their technologies in the city.  There is huge potential for additional inward investment and additional jobs and this investment from GFirst LEP can act as a catalyst.”